Greece: Contribution to the international meeting against the techno-sciences (Italy – July 2019) by anarchist Dino Giagtzoglou, prisoner of the Greek state. 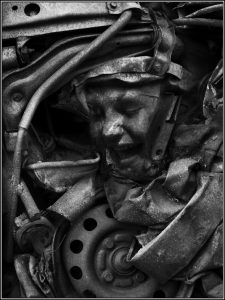 Contribution to the international meeting against the techno-sciences (Italy – July 2019) by anarchist Dino Giagtzoglou, prisoner of the Greek state

I start this letter with a certainty. I am sure that our life experiences are very different as well as the starting points of the struggle of each and every one. I also think that with many of you we have different ideological origins and disagreements or contrasts on individual issues. But I firmly believe that the will to resist the plans of Domination, stemming from the awareness of the fundamental social alienation that alienates us from ourselves and nature as a whole, and the revolutionary passion for the destruction of the mega-machine of Power unite us in a common vision of a world free from the shackles of civilization. By going through a variety of analyzes, striding kilometer distances and eliminating in practice the language obstacles, since we recognize that there is the community of struggle for total liberation, we can really keep the flame of the revolt lit and the wager of the social revolution open. I therefore send a warm greeting to the Resistenze Al Nanomondo collective and to all the participants in the international meeting against the techno-sciences, expressing in advance my eagerness to fill the gaps in knowledge, that my absence will undoubtedly cause, by studying your reflections, your conclusions and everything you can get me through the actions and collaborations that will come from your fermentations in Italy.

But let’s take things in turn. For 21 months now, I have been pre-trial detained in the Greek prisons because I made the decision, like many fighters around the world, to realize my ideas by taking a battle position in the social war and fighting against power, here and now. So I am in prison because I put my ideas into practice beyond the limits of the law and certainly not by accident.

With the firm conviction that the revolution will either be lawless or it will be nothing, I wanted to give a concrete example – in the first person and in the present tense – of what revolutionary solidarity could mean, beyond the dipoles of innocence and guilt, of legality and illegality, by providing shelter to a persecuted comrade. That is why I am buried in tons of cement and iron, risking to be condemned for the “terrorist” attacks with booby-trapped letter envelopes on EU officials, executives of economic organizations and credit rating agencies sent in the spring of 2017, with which I have denied my correlation since my arrest, but the odds of my conviction for them remain high. Of course no one was found in prison simply because one decided to fight against oppression and exploitation. My current status is the actual proof that I made mistakes. Mistakes in some decisions I made in relation both to myself and to other individuals with whom I misguidedly felt we have been sharing a common struggle. Mistakes that cost dozens of years of imprisonment, mistakes that may be unforgivable, but certainly neither them nor prison itself can cancel my permanent determination for struggle, struggle, struggle… under any circumstances. So I can only breathe through the endeavors of the comrades who are outside the walls and continue the struggle. I want to support such efforts because through them I am inspiring and essentially exist, I live for them! And so I see these three days too. END_OF_DOCUMENT_TOKEN_TO_BE_REPLACED